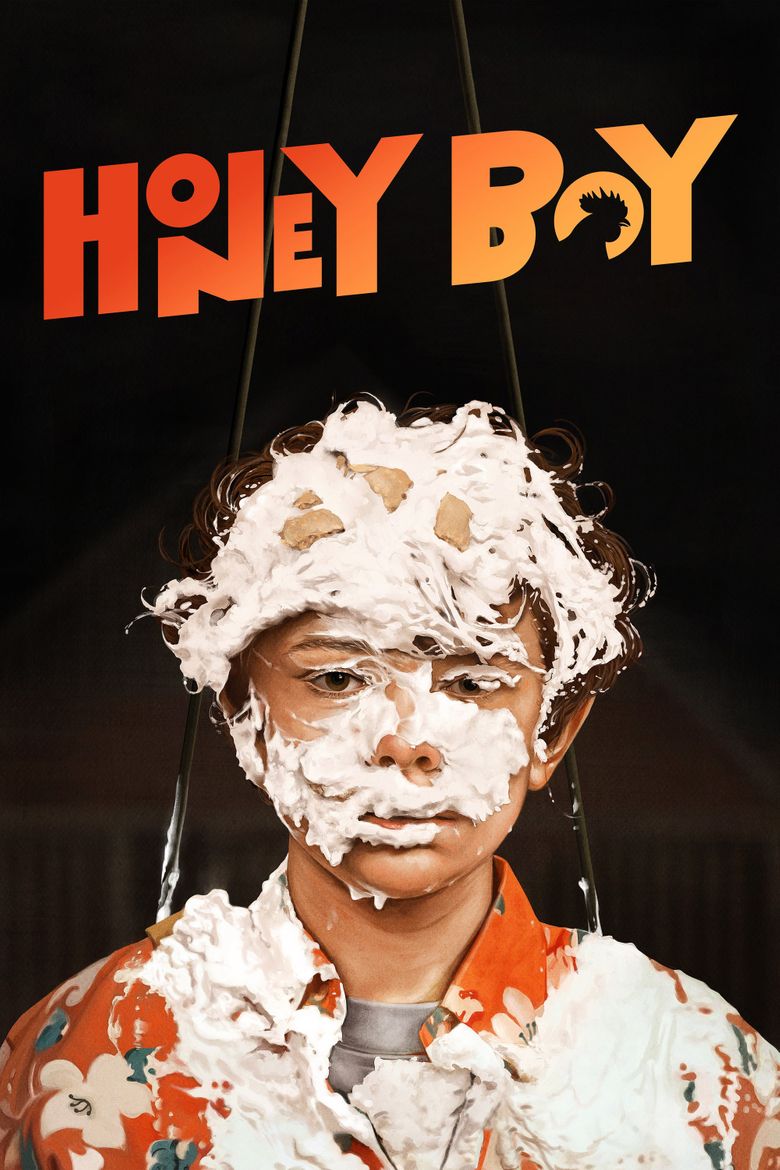 “Make me look good, honey boy.”
That’s what James says to his son, Otis, at the end of the film, when he tells him he’ll be writing a movie about him. “Honey boy” is a term of endearment for Otis from his father, and it’s also the title of this film.

Honey Boy (2019) is the autobiographical screenplay written by Shia LaBeouf and directed by Alma Har’el. It’s the story of a young boy named Otis (played by Noah Jupe) as he finds himself in the spotlight of the acting world while also dealing with the turmoil and abusive relationship with his father James (played by LaBeouf himself.)

This film was written during LaBeouf’s stint in rehab back in 2017, and as he has explained in interviews, this film was not just another project for him; it was survival. With his “back against the wall,” this was his only way through and out his pain into healing. And it shows. This film is a healing process within itself, and it traverses the troublesome, complex relationship of a father and son. There is abuse, resentment, and confrontation on many fronts throughout the entire story.

The film jumps back and forth between 1995 and 2005, and we watch as Otis deals with his fathers neglect, mental and verbal abuse, and sometimes physical abuse as a child, and we watch how that has effected him as an adult. We even watch as his career has affected him as well.
Sometimes I wish this film had been longer, but then I also think it was the perfect length to grasp the journey of our protagonist. From the very opening sequence, the directing of the film from Alma is wondrous. She brings you into the set life of Otis; she makes you watch his hard moments up close and personal, and you do feel personal with Otis- not just with the directing, but with the music choice as well. It felt like it was just another personal touch of LaBeouf that makes this film his.

The performances are the monumental stamp on this film. Noah gives one of the best performances by a young actor this year alone, and how we ranges from utter heartbreak to a young boy trying to enjoy the small moments of life are what help tell this story. You are watching as he struggles with the need for a childhood but the reality of his loss of one, and it’s a sad ricochet to experience, especially if it’s anything you are familiar with. Lucas Hedges as an older Otis is a perfect silhouette of unchecked and boiling anger and resentment. Shia LaBeouf’s performance is definitely the standout. This role was obviously his most personal, as he plays his own personal demon and life villian- his father. This role felt like he channeled something he has been spending years trying to overcome. When he cried during this film, it felt like years of pain unveiling itself. He channeled something deeply personal in the writing and his performance, and I think that’s what draws you in the most. The fact that you as the audience know how personal this is for an actor most of us have been watching on screen since we were pre-teens. I mean as you’re watching it, you think of the laughs you enjoyed during watching “Even Stevens,” and you are given an insight to the other side of that wall between fiction and reality. It’s sobering, and it’s heartbreaking.  It’s an honor to be welcomed in to something so deeply personal.

So did he make his dad look good? I think he did and he didn’t, because this was obviously the story of a man working through his grudges and resentment. By the end of the story, you see that a young boy just wanted to be loved by his father who was incapable of knowing how to love. “Lay down your grudges” are his way of trying to end a vicious cycle right here before our eyes. ​

iThere are no comments

Begin typing your search above and press return to search. Press Esc to cancel.